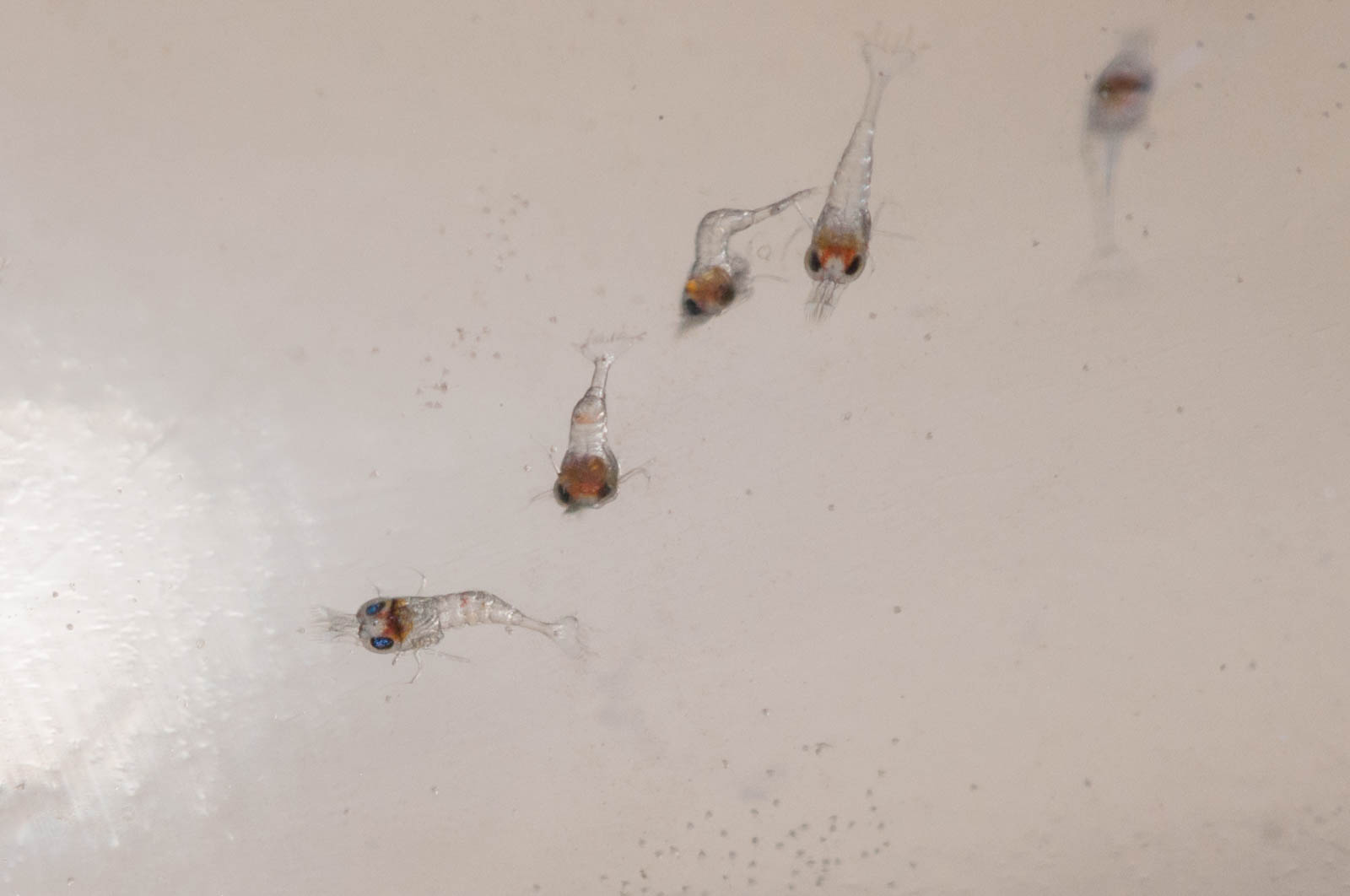 One other event of note that happened at Amuseum Naturalis was a birth. In fact, a lot of them. A shrimp that has had a large cluster of eggs under her tail for the past couple weeks gave birth to a bajillion tiny shrimplets. The shrimplets were about as big as grains of sand, so it was a little tricky to photograph them, but here are a few shots of them and their proud mom. 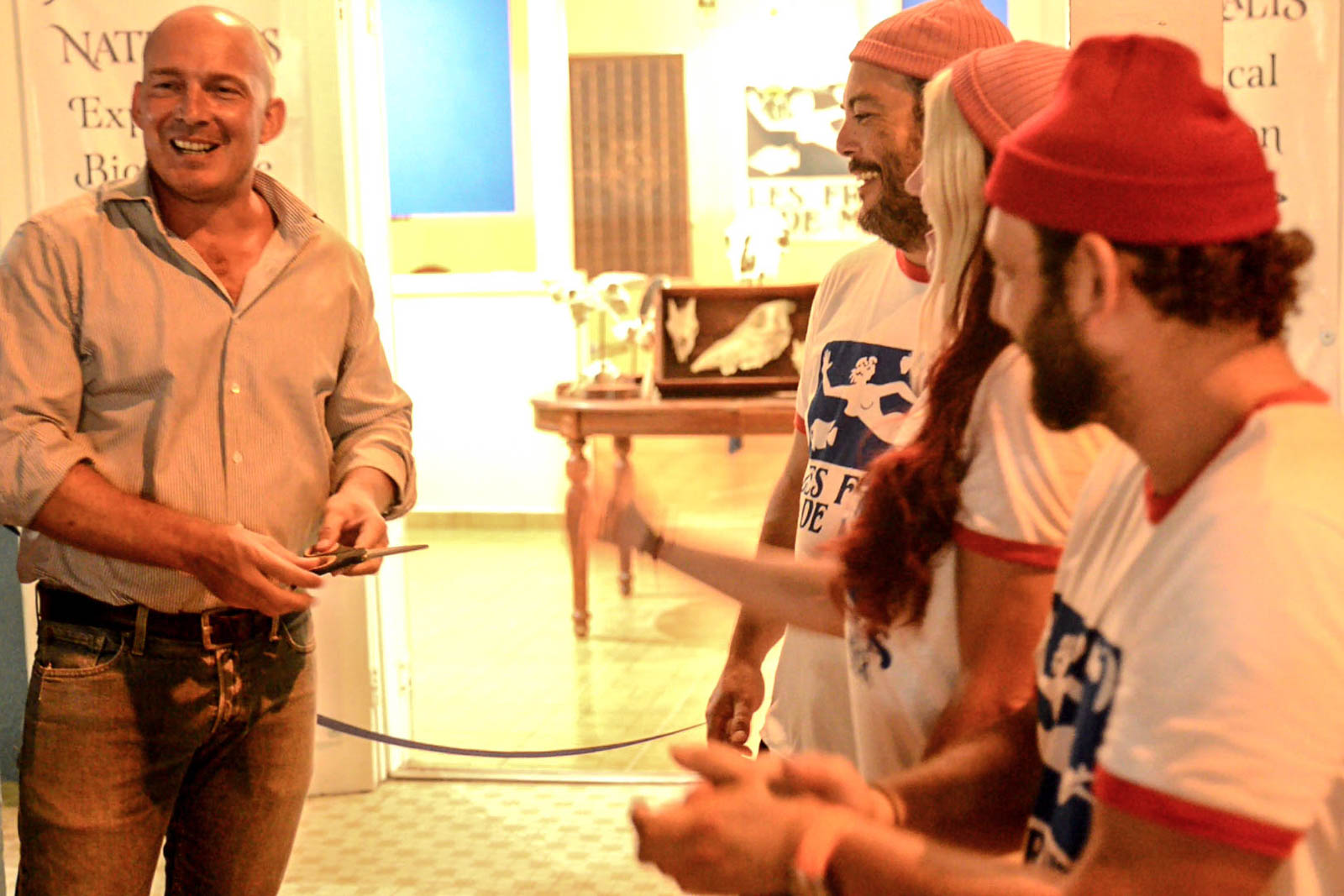 Christian Papaliolios, President and General Director of Delta Petroleum, the sponsor of Amuseum Naturalis, officially opened the museum with a ribbon-cutting ceremony at 6pm on Tuesday, accompanied by Mardis de Grand Case organizer Chantal Vernusse, and Les Fruits de Mer officers and volunteers. The space for the temporary museum was donated for the 2016 high season to the Les Fruits de Mer association by Papaliolios and Delta Petroleum.

“We’re absolutely thrilled to have been given the opportunity to bring Amuseum Naturalis to life, and see everybody enjoying it,” said Mark Yokoyama, Les Fruits de Mer co-founder and Amuseum co-curator. “It would not have been possible without all the hard work of our awesome volunteers, who came together to help create this incredible place, building and painting display tables and benches, and putting together these amazing exhibitions,” added the Amuseum’s other co-curator, Les Fruits de Mer President Jenn Yerkes.

On display now at Amuseum Naturalis are exhibits on St. Martin’s bats, the endangered native Gaïac tree, insects that help keep the island clean, and “Gut Life: the Fascinating Freshwater Ecosystems of St. Martin.” The Amuseum’s special exhibits room is currently featuring an exclusive show of stunning original photographs and text from the photo essay Shadow of a Drought by nature photographer Yokoyama, highlighting the effects of drought on key St. Martin wetlands. Also on view is the first installment of “Women, People of Color, and the Making of Natural History in the Caribbean,” a unique series that reveals and celebrates the often hidden, suppressed, or not widely known historical contributions of women and people of color to the study of Caribbean flora and fauna.

“We hope everyone will stop by every Tuesday during Mardis de Grand Case to see what’s happening at the Amuseum,” said Yerkes. “We’ll have new wonders every week!” 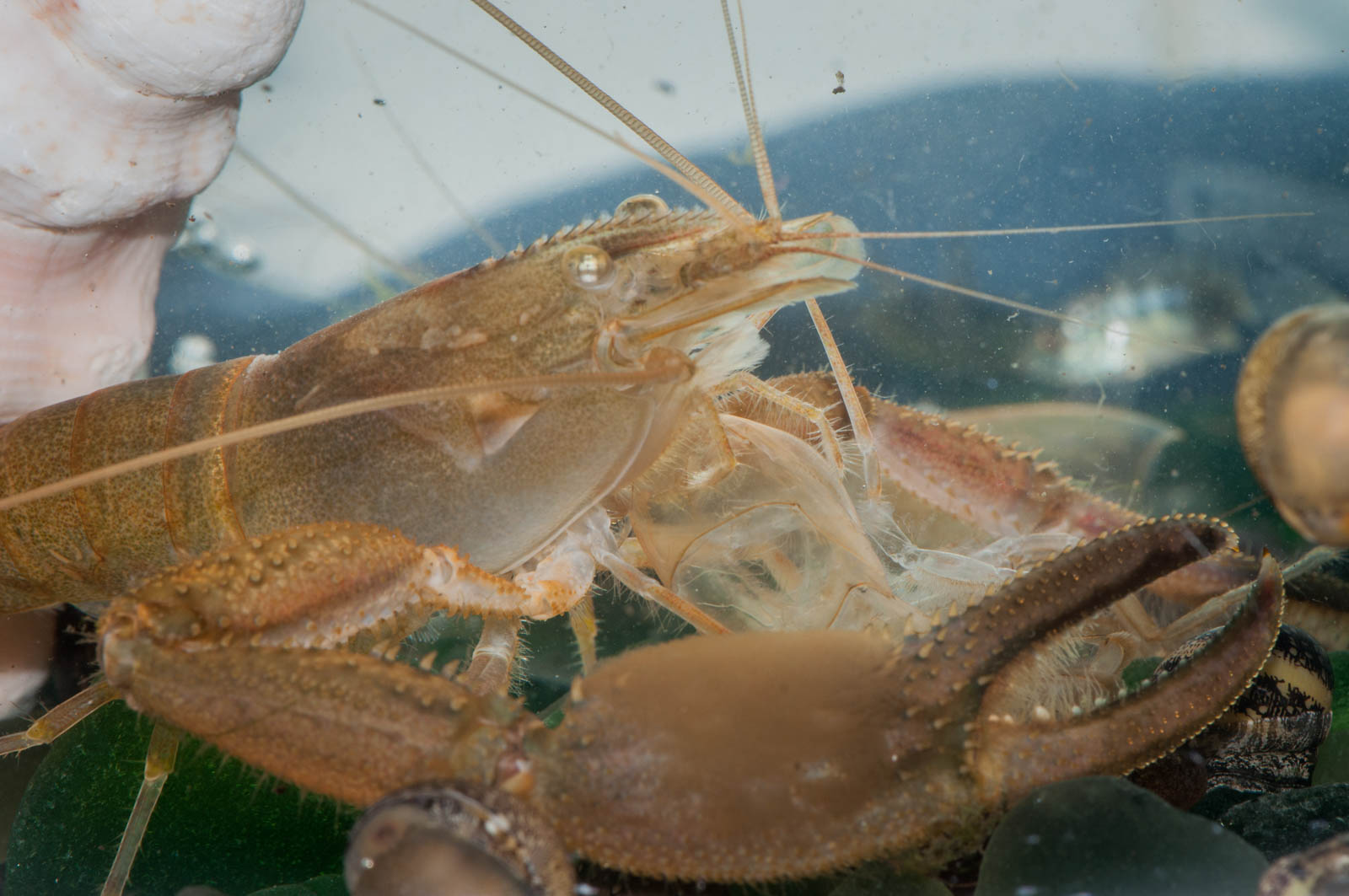 Who is The Commander? He’s onne of many species of crayfish that live in St. Martin’s streams and, we predict, the breakout star of the upcoming exhibit “Gut Life: The Fascinating Freshwater Ecosystems of St. Martin” at Amuseum Naturalis. The largest species of crayfish are considered the top predators in their ecosystem, and we can certainly attest that the Commander is the apex predator of the Amuseum’s freshwater aquarium. The Commander enjoys intimidating others, cleaning his giant claw, and ruthlessly killing and eating anything smaller than him, including other crayfish.

Les Fruits de Mer is a non-profit association based in St. Martin whose core mission is to raise awareness about nature, culture, and sport. The organization carries out this mission through publications, an education program, and special public outreach events that entertain, inspire, and inform. The association is currently accepting new member and corporate benefactor member applications on its website, www.lesfruitsdemer.com.